The Future Arrives At All Costs

...will it cost us our bodies? 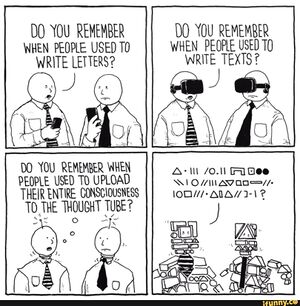 This text was arrived at via dancing to iterate future sci-fi realities and their affect on our socialised physicality. (We danced to music played from MD 💽)
The core dancing and thinking team included;

With cameo dancing and thinking from;

and outside eye feedback from;

Maybe, due to much of ones daily choreography being micromanaged by algorithmic direction, Our bodies are only ours when we're dancing, but what dancing?
Some dancing makes our bodies decidedly NOT ours.
So we will structure one fit for purpose. We will use the technology of choreography to craft a form, a verb, a dance, that will give our bodies back to us. Not as a tether, but as a home. The place of experience. The space we take up to facilitate being.
With.


This is some dancing we have been doing to continue thinking through this situation;

We have sent our bodies to ourselves in the future. 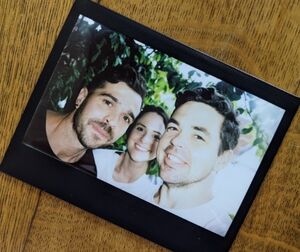 We sent our bodies to ourselves in the future.
And they have just arrived.
We’ve been living without them for a fair while.
We have devised a rehabitation protocol to mitigate the risk of disassociation.

Curiously, this process can sometimes look reminiscent of dancing. 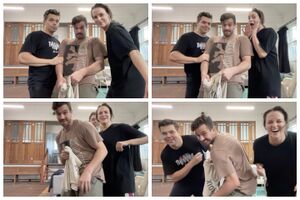 Being in the Chamber For Thinking

All interfaces have collapsed down to the eyes.
All experience and all agency are reduced to visual-thru-put.
In daily life this is sufficient. However, when particularly sophisticated problems arise we online the rest of our bio-tech - the other (more than 12) sensors of a human body - via the chamber for thinking. A dedicated context to invoke the full genius of embodied understanding. Where the execution of physical skill is instrumentalised as a protocol to unlock epiphany.

Execute physical skill as protocol to invoke that vast capability of your complex biotech. "

all our senses - mind body complex.

"we perceive with our whole bodies. And, depending on whether we stand, sit or lie down, we will come to inhabit wholly different worlds." - PG 100 Edward Slopek - Bodies of Art

What can humans do that nothing else can?

Living in the swarm. 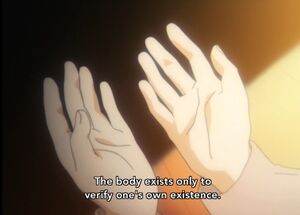 In the swarm, consciousness moves indiscriminately across the network of bodies (human, synthetic, and otherwise).
For a while there was no way to tell which body you were in.
Then we remembered the groove—a phenomena exclusive to human biology.
People began using the ability to get into the groove as a kind of Turing test.

Groove test protocol = dancing until you find the groove, stabilise the groove. (Do this to various musical styles). When a person decides to return to their seat, all stand and swap seats.

Written in 台北， 台灣。 Continued on Gadigal and Darug lands/Sydney.

How will we take our bodies with us into the future ?