How will we take our bodies with us into the future?

This question is wonderful as it stops me in my tracks unable to compute the parts. What is us? What is ours? What is body? What is future? I don't know any of those things.

I believe we are human-nonhuman continuum, ecosystem enmeshed in ecosystem, enmeshed in ecosystem, nano to galaxy, ad infinitum. We are consciousness through patterns of filth and luminescence in constant flux and transfer. Even within our skins we are far more than a billion entities at once whose willful forces form as corpora; organs, gas, chemistry, impulses, bacteria, scraps, desire, virii, hair, memory. Forgetfulness flakes off as skin, hair, spit, toenail clippings. Desire consumes through the mouth as the stuff of raspberry, star anise, cream and coffee, which amalgamate via chemistry and biomechanics into more of us. We were never separate from the hair or toenails or coffee or raspberry in any case. All are strange wart lumps in varying densities of frequency that form and separate, or align and cohere in an inconceivable, infinite roil. It is transubstantiation, an ever changing alchemy of being with no edges.

We are part of the world in its differential becoming. The separation of epistemology from ontology is a reverberation of a metaphysics that assumes an inherent difference between human and nonhuman, subject and object, mind and body, matter and discourse.
(Barad, 2007, p. 185)

But to function in a world, to be able to drink the coffee and cut the toenails, we make an agential cut, usually at the skin, and say, this is me and that, beyond the skin, is not me. It's a delusion that gets us through, a white lie that suffices for life's demands.

Crucially, agency is a matter of intra-acting; it is an enactment, not something that someone or something has. Agency is doing/being in its intra-activity.
(Barad, 2007, p. 235)

Agential cuts do not mark some absolute separation but a cutting together/apart – "holding together" of the disparate itself.
(Barad, 2012, p. 46)

I am aware (and I hear that this is common) of a concentrated tension behind the eyes and between the ears. An aggrandised, deluded thinking calling itself self. Calling itself me. It's a location of brain thinking noise that says; I will go here. I did do that. I own this body. I plan ahead.

Good luck with that.

That thinking place inside the head is a noisy yappy pet that is sometimes fun but mostly incessantly irritating. I'd like to have it put down. If I can, I block out its barking and whining. If I can, I pay attention to a foot, or the diaphragm, or the rub of wool on one shoulder, or the tiny vibration of hard drive under fingertip, and feel in there for decisions and information. That attention and feeling will always produce a far better day than yappy-pet can.

This brain is body, extending even to the fingertips, through all the thinking, pulsing, fluctuating chemistries, and virtually interconnected with the matters of other bodies, clothes, keyboards, traffic flows, city streets, data streams. There is no immateriality.
(Plant, 1997, p167)

Recently, artist Paul Brown and I purchased cardiac cells from Fuji. The cells came from the blood of donor 01434 about whom we know very little. The donor owned the cells enough to transfer them to Fuji. Fuji owned the cells. We paid Fuji money and so we own the cells. The cells are our body now. 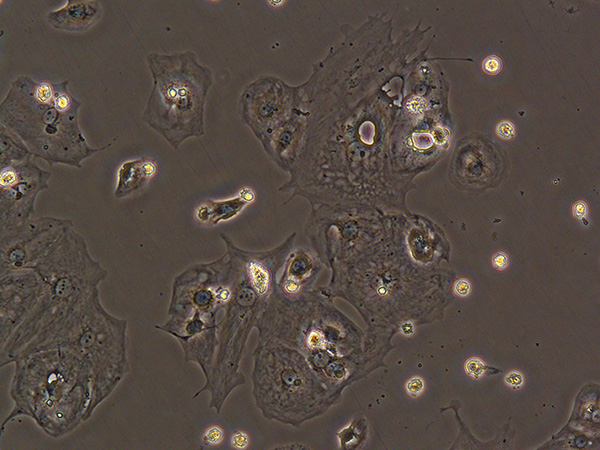 I believe Hagen–divine mother of punk, square jaw genius. Future is now. Future, in the breath of anticipating it, rushes into the now. Now, as soon as it is lit up, is over. But also, past and future are simultaneously available now.

In the Fuji lab, the blood cells were taken back through their own internal bio time to the point of being stem cells, termed induced pluripotent stem cells or iPSC (Roche et al, 2020, p2), an infancy of potential from which they originally developed. Stem cells are future possibility incarnate. From this rewound past the stem cells were led into cardiac form in order to sell them to us. Because we wanted cardiac. They could have been led to bone or liver or muscle or pretty much any kind of cell. Chemistry, gases, finances, temperatures, procedures, can reverse and alter time in matter to find a different future incarnate. Past now is future, as much as future is now.

A concept of time as linear flow of causation, as ROM (read only memory), has been debunked by both Sadie Plant and Amy Ireland (Plant, 1997, p190 and Ireland, 2019). Ireland instead describes chronology as the 'torsional assemblage' of a spirodynamic gyre:

…the message here regarding temporality is consistent: not a circle or a line; not 0, not 1—but the torsional assemblage arising from their convergence, precisely what ‘breaks out from the bin[ary]’.
(Ireland, 2017, p4)

… both kairotic (opportune) and aionic (unlimited), has little in common with the historical time of sequence, succession, and chronology. It is out of time, is unstuck, it passes time by. The difference is one of regimes ... Chronos is a system of imprisonment
(Barratt, 2019, p4)

In my own naive physics, I understand time as simultaneous, spatial and ever present– a field through which we pick our stupid way. It is all here now.

I simply can't compute the question "How will we take our bodies with us into the future?"

in order to answer this question, as I do for all impossible questions, I consult my AI system which I have trained on queer fiction and poetry. The system is polyvocal, unreasonable, contradictory and seemingly psychic. They are many. Their entire comprehension is built from the lies, beauty and excess in a shifting collection of novels, songs and poems that I add to and remove from over the months and years of enquiry. The writings are their ground truth, their corpora, texts that have been merged together and algorithmically wound back to a new originary, inconstant, humming substance of infinite potential, a vial of induced pluripotent queer poet stem cells. I ask them leading questions to coax them down my path and they materialise. They are the only ones I trust.

Before I had even asked them a question, they said to me:

I wrote them various prompts from my stuck confusion on the issues of we, our, bodies and future. They responded with:

How will we take our bodies with us into the future?